The new Small Business Saturday initiative aimed to bring thousands of independent high street businesses and other small enterprises together to steer consumers away from the big chains and bring them back to their small, local retailers.

Here, we explore how this new strategy should be good news for the UK economy.

For most people, Saturday usually revolves around the weekly grocery shop, an afternoon on the high street or a lazy day watching sports at home or at the pub. For some small businesses, however, it is one of the most important days of the week. The reason? People generally have more time to shop and more hours to search for products or services on a weekend, whether it's online or at the high street.

The 'Small Business Saturday' phenomenon began in the US and aims to encourage small enterprises to attract more local customers to their premises on weekends. Hundreds of companies throughout America advertised special offers and substantial discounts in a bid to woe more consumers to purchase their Christmas gifts at independent retailers, which, according to the credit card firm American Express, will account for only five percent of total spending in December.

Data from the American Small Business Administration has shown that there are currently around 23 million small businesses in the US, which represent just over half of all US sales. Between 1990 and 2013, around 8 million jobs were created in small businesses, while 99.7 percent of all U.S firms currently comprise small businesses.

In Britain, meanwhile, there are approximately 4.9 million businesses employing just over 24 million people, which generate a collective turnover of around £3,300 billion. Small businesses also comprise 47 percent of the private sector workforce, while small and medium sized enterprise account for 99.9 percent of all private sector companies in the UK.

Targeting one of the most important shopping dates of the year Now, Vince Cable, the UK Business Secretary, wants to bring the Small Business Saturday phenomenon closer to home. The new initiative, which will also aim to help spread public awareness of small companies, family businesses and online businesses in all industries, took place on Saturday, December 7th, 2013, a week after the American version. In future years, the UK Small Business Saturday will continue to take place on the first Saturday in December, which is traditionally one of the busiest shopping days in the national calendar.

The annual event could also provide a significant boost to the UK economy by instilling a new lease of life into Britain's historic high streets, many of which have struggled to compete with large 'out-of-town' chains and the growing popularity of online retailers such as Amazon and eBay. Mr Cable also reaffirmed the government's commitments to alleviate 'unnecessary burdens' that are putting small businesses at a disadvantage, such as the lack of a suitable broadband connection or difficulty in switching to different energy suppliers.

The Small Business Saturday initiative is also helping many small e-commerce retailers attract more website visitors by allowing their customers make payments from their mobiles. For example, the City of York Council provided traders at its Merchant Adventurers' Hall with free payment devices that enables customers to purchase products and services with a smart phone or an iPad.

Research conducted by the deals website Groupon has found that more than two thirds of UK consumers would like more independent enterprises on their high streets. Of course, what really matters is the ability of independent enterprises to offer value-for-money and a higher quality, more exclusive product offering than their larger competitors. The more small businesses collaborate and unite with schemes like the Small Business Saturday initiative, the more customers will be diverted from the big corporate chains to their smaller, local retailers, which collectively employ around 13.5 million people and contribute to more than half of the UK's annual turnover. 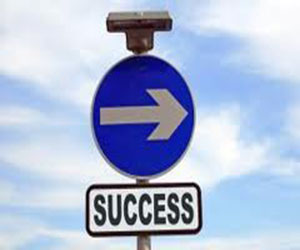