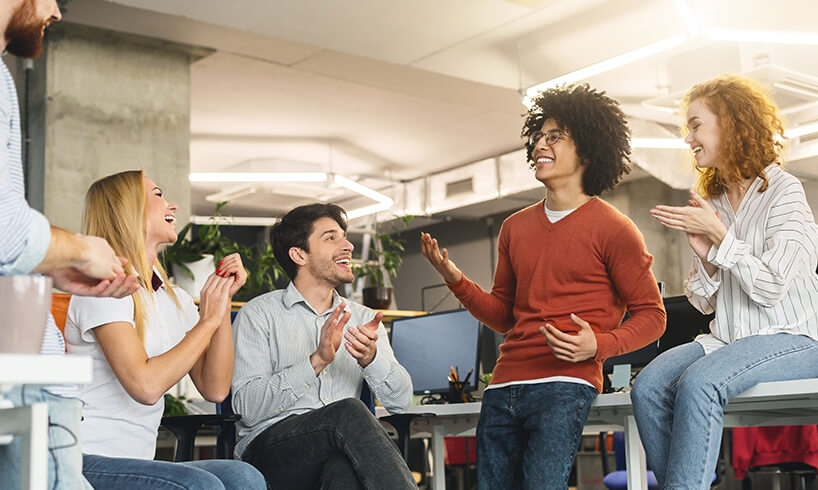 The best live chat solutions have evolved alongside customer service, but what does it take to communicate with different social groups, namely Generation Z?

One of the key evolving trends of customer service is utilising live chats in the right way. One of the most common keys to communication is to mirror someone, which involves using similar gestures and words to help the other person feel secure. When it comes to live chat, there are a number of barriers in front of us, and when we have limited scope to mirror someone in a conversation, we've got to look for the tell-tale signs of the type of person we are speaking to.

Who Is Generation Z?

Generation Z typically refers to the group of people born between the years 1995 and 2012. So they are either in school or have already lived a significant portion of their adulthood and are in their mid to late 20s. It's important to put them in this context in relation to live chat because they are the generation after Millennials, and while many Millennials grew up without access to the internet, and were only accessing it towards their late teens, Generation Z grew up with the internet as a key part of their upbringing.

Some key components of Generation Z include being a more educated generation than previous ones, predominantly due to more access to universities and colleges. Additionally, they are classed as a more stressed and depressed generation.

Generation Z is also more likely to have grown up in households with one parent, or experienced divorce as part of their upbringing. They are also politically and socially more progressive and are more likely to favour left-wing politics, diversity, and are keen supporters of LBGTQ+ groups.

They are also driven by security and pragmatism, which likely came from witnessing their parents experiencing financial struggles during the recession of 2008.

Additionally, consumers from Generation Z are the "digital natives" that are more inclined to make well-informed purchasing decisions. They can rely on an extensive social network to evaluate a variety of options before deciding on a product, and can also use social media as a way to express their values and identity, and are therefore more drawn to sustainable brands and products, and are more likely to pay more for them.

These are all things just to give a general background on Generation Z. When it comes to communicating with Generation Z, it is a good idea to have some of these things at the back of our minds.

Linguistically, Generation Z has notably different communication markers. They have grown up with text messaging and emojis as a logical extension of their abilities to communicate. Anybody born from the mid-1990s onwards grew up with social media, the internet, and smartphones as a mainstay in their life. And this has shown a couple of key findings in how Generation Z communicates:

The Full Stop Can Be Interpreted as Bad Punctuation

The important thing to remember with regards to punctuation is that the full stop can appear as a very emotional piece of punctuation. A generation that has filled text messages with emojis only to find and they have received a reply without emojis and a full stop can signify an abrupt or angry tone of voice. Bear in mind, when you look at a mobile phone keyboard, the full stop is not necessarily on the first page!

One Big Message Is Usually Broken Down Into Smaller Chunks

Millennials or Generation X and older tend to type one long message, however, Generation Z will tend to send a number of messages as they think of them. When people discuss topics over text, they may not want punctuation to interfere with efficient communication, or ensure that it is interpreted in the right way.

They Are Not "Illiterate!"

If you want to communicate with Generation Z customers effectively, in many respects, you may feel that you have to speak to them on their level, but we must remember that one of the key aspects of communicating with Generation Z is that they are well versed in a variety of different platforms. It's unfair to assume that they constantly communicate with emojis and a lack of punctuation, and will certainly be able to compose a formal email in a professional setting.

In general, humans will always connect faster with visuals than anything else, and this is something to bear in mind when you are communicating via live chat. If you are using a lot of text to communicate significant and important pieces of information, breaking it up with emojis is one way to help. For example, infographics may help to divide a lot of information, and is a key part of many organisations' marketing practices.

Appeal to Their Sense of Purpose

One of the key characteristics of Generation Z is their sense of purpose. They are willing to pay more for a product if they are aware that it provides a pillar of support to society in some way. It's important when you are communicating with someone from Generation Z, that you incorporate your understanding that this product is something they've not just bought on a whim, but have actively researched. If this product is not fit for purpose, this is why it's important to communicate in an honest and authentic manner.

Focus on Originality and Authenticity

It should be a fundamental aspect of any company that people are original and authentic. When it comes to communication, to engage with Generation Z effectively you have to understand that they will value personability and authenticity above all else. This is where live chat becomes a perfect way for you to build a bridge with a customer. You shouldn't come across as a faceless organisation, and when you are communicating with customers from Generation Z, they want to see the mask slip. But it makes complete sense to be authentic, as this will help the live chat scenario benefit both sides of the equation.