Are You a Heavyweight in Mobile Marketing? – 9 Facts to Wrestle when adding live chat software

According to Kantar Worldpanel ComTech, Smartphone penetration in the UK stands at 70% (as of February 2014). Is this a statistic that needs to be taken seriously by your business?

“Yes, I think so,” is probably not an adequate answer.

Thanks to the smartphone, tablet (and even the mysterious phablet) format, UK’s consumption of digital media is undergoing a complete shift. Yet the fact from Kantar doesn’t provide enough detail for businesses who take their mobile marketing seriously.

It doesn’t capture the enormity of the change and its subsequent impact on Britain’s virtual economy. For that, we should turn to Ofcom's latest Communications Market Report 2013 – a colossal 436 page marketing bible. As live chat software providers, Click4Assistance is interested in all things related to online engagement, so we’ve threshed the proverbial wheat from the chaff to bring you 9 mobile marketing facts that you can’t ignore. Let’s start with a closer look at UK’s smartphone penetration:

At 49% the penetration of smartphones might seem a bit low but remember that this is the 2013 survey, whereas Kantar is providing much more recent figures. So what does the growth from 49% to 70% indicate?

Smartphones have arrived. It’s that simple. Mobile-specific marketing is not just another option; it’s a necessity to stay competitive. Scarily, the report doesn’t stop there. It goes on to point out that, for a quarter of those who own a smartphone, that device is the most important way of accessing the internet.

Have smartphones left people too poor to afford broadband or are London yuppies kick-starting a new neo-minimalist lifestyle trend? Probably neither, but heavyweight marketers should start asking these questions (or similar ones at least).

2. People are very attached to their mobiles

Watching someone get too attached a complete stranger’s pet on a 10 minutes bus journey is a quick but fairly instructive lesson on human nature. We are not rational creatures.

This might seem miles apart from marketing, but Ofcom’s figures explain why understanding how humans behave is applicable to your business strategy. Of those surveyed, 20% said using their mobile was the media activity they would most miss if it were taken away. What does this mean to online marketers?

Not only have smartphones arrived – they’re here to stay. So long as demand exists, there will be supply – better to jump on board sooner than later. We’ve chosen to cater for our clients’ website visitors by enhancing our live chat software with a responsive mobile chat window design.

3. The Proliferation of Tablets

Growth in tablets hasn’t skyrocketed quite as much, but the figures are still noteworthy. Ofcom shows that the number of households with tablets rose from 11% up to 24% in under a year.

This is a simple fact with weighty implications, namely that websites need to be multi-mobile compatible. Talk to your web developer about adopting a responsive or adaptive design to make sure you cater for the most popular device, resolution and browser combinations.

You might think that if someone owns a smartphone and a tablet they would be less likely the use the latter. However, according to Ofcom, your thinking would be wrong.

Numbers show that people who use their tablet at least weekly spend an average of one hour 45 minutes a day. Since two-thirds of tablet owners use their device on a daily basis, that’s a pretty significant fact.

If a format is getting this much use, it’s likely that tablet popularity will continue growing. As a marketing professional it’s important to predict where the digital format is heading and make preparations. At Click4Assistance we often advise clients on which live chat window design is best for smartphone and tablet devices. The latter has much more screen space for advertising, so bear this in mind when designing your chat window.

5. Future consumers will be even more mobile

Smartphone penetration is higher among 16 to 24 year olds than in any other age bracket. This category is also much more likely to use a mobile for social networking and instant messaging than a desktop.  If you’re a big name in the marketing game, this should be obvious. Clients that specifically target this age group stand to gain the most from an effective live chat software implementation.

What this means however is that, as this category ages, this trend stands a good chance of shifting. In 20 years’ time we will likely have 36 to 44 year olds displaying similar smartphone usage. Try to think about what devices that generation grew up with if you market a product or service aimed at a particular age group.

News is one of the most popular pieces of digital content for tablets. This is important if your target demographic has a high tablet ownership. 32% say they watch UK and international news, a further 27% watch sports news and 19% watch regional or local news. Evidence in the Ofcom report suggests that wealthier individuals own tablets so try and get some digital airtime for high value products.

7. Apple is King of the Tablet

Samsung and Microsoft are giving Apple a run for its money in the smartphone market, but 52% of UK tablet owners still sport the iPad. This is crucial information when deciding for which operation system to develop your App.

What’s more, Ofcom’s report reveals that many respondents feel like they are ‘locked in’ to a brand by owning a number of devices (most owners replaced their tablet with one made by the same manufacturer). If you provide insurance for devices, perhaps there’s a way you can leverage this brand loyalty?

Ofcom is even kind enough to come up with definitions for hitherto undefined owner activity, such as ‘meshing’ – i.e. accessing media about a programme while watching it. Almost half of those surveyed said that they accessed unrelated media while watching TV. Ofcom has called this behaviour ‘stacking’.

The marketing opportunities here are endless. Consider running a competition or offering discounts that relies on your customers meshing or stacking. Innovation is a great way to attract attention. This leads nicely on to the final point.

Meshing activity is largely restricted to texts or calls and there is very little effort being made to promote second-screen services (services that make use of this meshing behaviour). A Webinar by Forrester, entitled “Harnessing the Power of the Second Screen” does a good job discussing the consumer-driven opportunity of the second screen. Don’t get left behind when meshing and/or stacking becomes popular – it’s an untapped market that’s ready to be explored. Consider asking website visitors to initiate a live chat or tweet about your company during a specific TV show or advert, use an inventive like a competition or discount offer with limited availability.

That concludes our 9 facts for heavyweight marketer to wrestle with; hopefully giving even the most hardened mobile professionals something to think about. Mobile access content via mobile devices is having a huge impact on the media business, but there’s still some way for the UK to go.

The amount of content the 21st century mobile audience is consuming should be treated as an opportunity, not an inconvenient obstacle. Start brainstorming on how to take advantage of UK’s mobile future. At Click4Assistance we are always looking for new ways our clients can incorporate live chat software into their mobile marketing strategy. Talk to our team if you have any questions about your live chat software’s mobile performance. 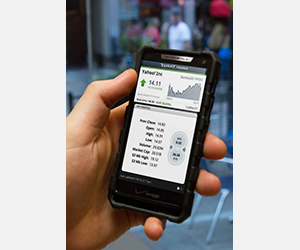